Jacober Creative was tapped by the Miami Homes For All founders to help craft an official name and a logo for one of their groups. They wanted a new identity to help rebrand what was formerly known as the Youth Homelessness Initiative, a collaborative of over 60 organizations and youth leaders working to prevent and end youth homelessness in Miami-Dade County. They needed a name and design that would represent their role as a leader in the community, and would be fresh and attention grabbing, while also familiar and welcoming to the youth clients they serve.

We came up with the new name, the H.O.M.Y. Collective, which stands for Helping Our Miami Youth. It references the street expression homie (from "homeboy"), a slang term found in contemporary urban environments, whose origins generally trace to Mexican-American “Spanglish” from the late 19th century. It was both edgy and at the same time relevant to the group’s work, speaking to the teens they work with. The acronym also represents the collective aspect of the project – each letter is distinct while part of a whole – just as the individual organizations involved with H.O.M.Y come together to form one supportive unit.

For the logo design, we came up with a wavelike icon that ebbs and flows with radiating letters that form a strong, simple and readable typographic logo. The movement in the logo is also an abstract representation of life’s various challenges as well as the idea of moving forward. It is anchored in a sense of Miami as a place, referencing the ocean and the rays of the sun. 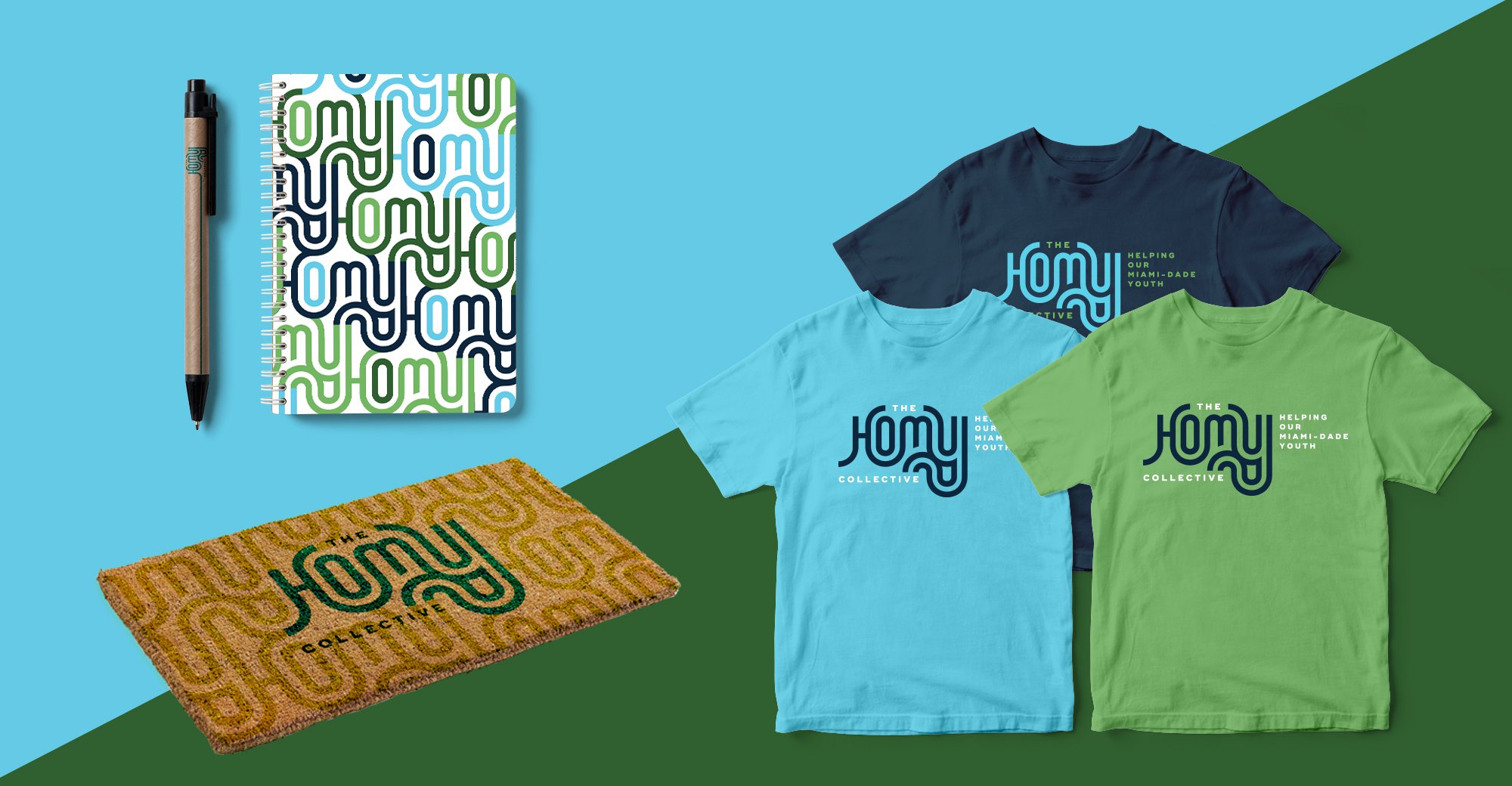 Haulover Nude Beach
Get back to Work
A Paw's Nation