How 13 Films Inspired us – From Instagram to Miami Art Week

Turning to cinema as a source of inspiration for our own original graphic designs, the Jacober Creative team reinvented the visual identities of 13 celebrated films, first on social media with a #JacoberSummerSeries. We then created unique three-dimensional pieces based on these same images that used everyday objects that vibrantly spanned pop culture, movies and, well, art.

Our #JacoberSummerSeries social media studio initiative — which eventually morphed into the Miami Art Week pop exhibition IRL In Reel Life, From Celluloid to Cellular, Recasting Classic Films though Graphic Design — required the Jacober design team to create a series of new graphics for 13 different “summer classics” such as Barbarella, The Birds, West Side Story, and 2001: A Space Odyssey.

The social media challenge had these three requirements:
1. The final digital design had to be on a triptych (grid) format suitable for posting to Instagram.
2. The design could consist of three colors onl
3. And most imortantly, no actual film titles coluld be used.

While the Instagram design guidelines were in one sense restrictive, the freedom to invent within these boundaries led to some remarkably vivid graphics. We pushed ourselves to create visuals that were sometimes immediately recogniable and sometimes more abstract. But, collectively, all of them had a deep connection to each specifc movie’s message.

The social media effort was tremendously successful so naturally the next objective was to showcase the beautiful graphics in real life which led to a pop up exhibition at the Miami Beach Cinemateque during Miami’s Art Week (IRL: In Reel Life).

Below are the 13 film triptychs that were originally disseminated on our Instagram handle @jacobercreative plus the supporting objects that become part of the pop up exhibition.

For more about the exhibition itself read more [here].

Inspired by "Diamonds are Forever", 1971 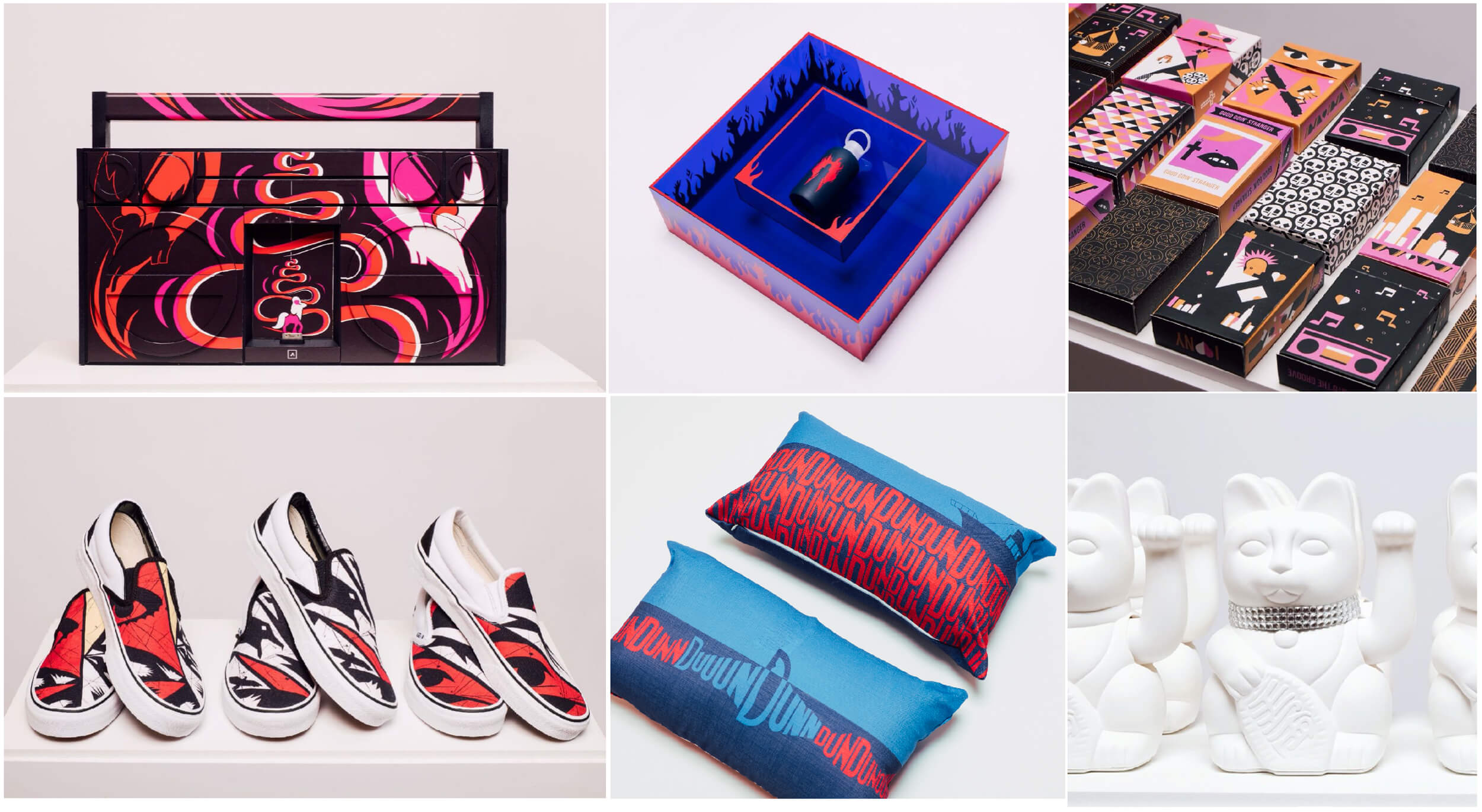 250 Collins
Get back to Work
Y.ES Collect Contemporary El Salvador