D is for Deco 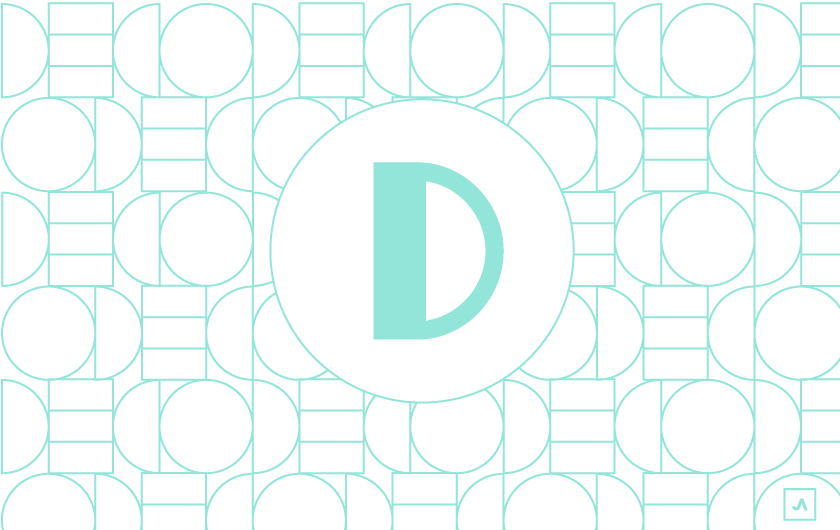 From flapper girls to classic cars, films to fantasy theater, Art Deco weekend aspires to bring architecture to the masses, by whatever means necessary. And while we’re all for democratization, we could do without some of the side effects (think deco tchotchkes, street meat, and an uncomfortably crowded Ocean Drive). Instead, we suggest some alternative avenues of appreciation for the architecture and design elements that have come to be synonymous with South Beach.

Our suggestion this year is get your walking shoes on and focus on Miami’s very own Art Deco Buildings — you’re bound to get the most out of the experience.  Not all Deco inspired buildings are treated the same but we selected eight buildings that we feel celebrate Art Deco design (in the right way). Head for a tour around the streets to catch a glimpse of the smooth lines, sinuous curves and sleek facades of what we think are some of the area’s sexiest and most vibrant buildings. 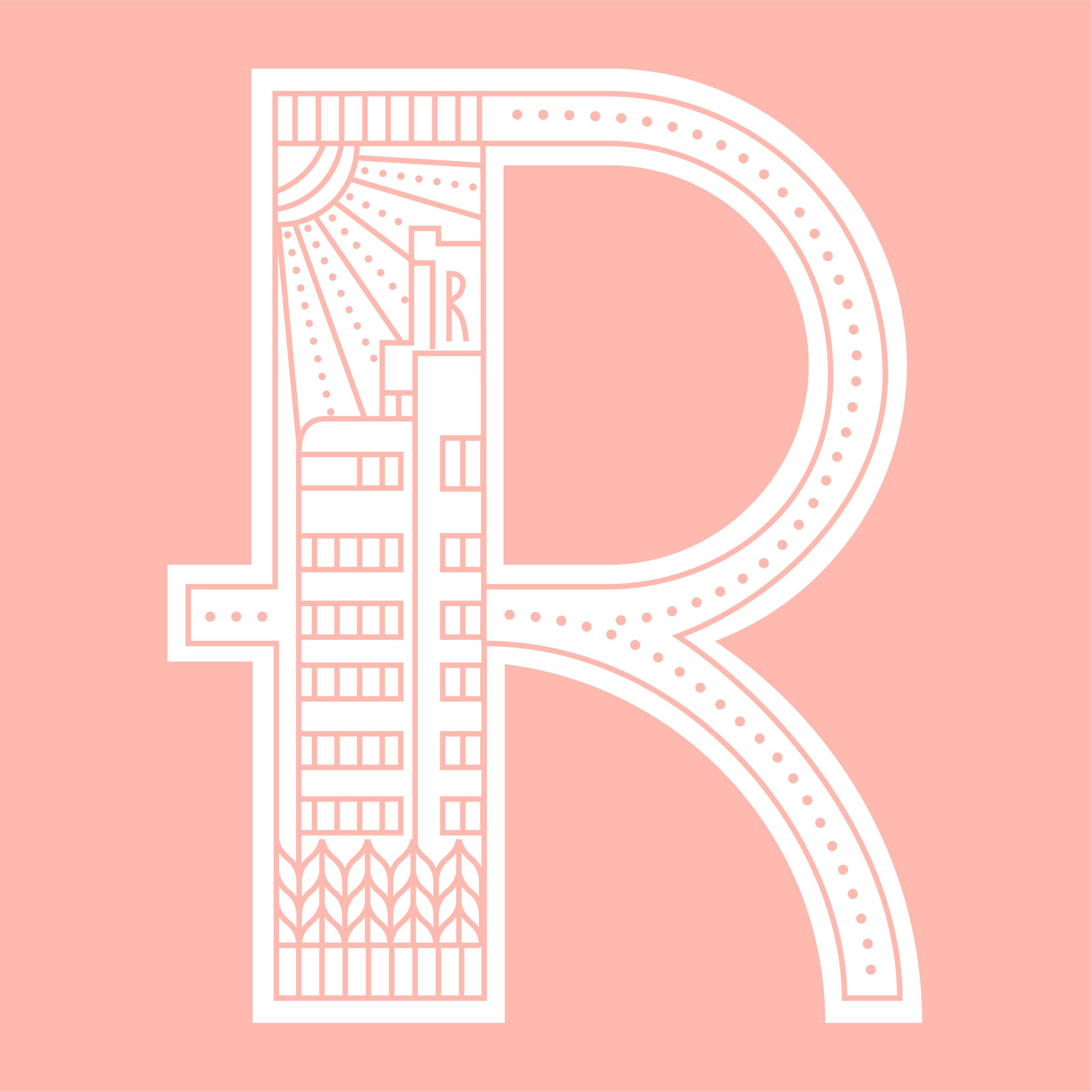 A favorite SoBe haunt, The Raleigh Hotel was named after Sir Walter Raleigh, an English explorer and favorite of Queen Elizabeth I, and designed by L. Murray Dixon, a well-known Miami architect that designed many of Miami’s Art Deco masterpieces. Since its inception it has lived many lives - it housed troops stationed in Miami Beach, spent a brief period as a kosher hotel, but really started its ascent to grandeur in the late 50’s by hosting Hollywood celebrities like Esther Williams. Unfortunately, the shell of the hotel is currently under renovation after Tommy Hilfiger took ownership of the property; rumors say he’ll transform it into a private club. We’re just hoping that he keeps the hotel's famed fleur-de-lis shaped swimming pool (and that the Hilfiger-themed decor is kept in the 90s). 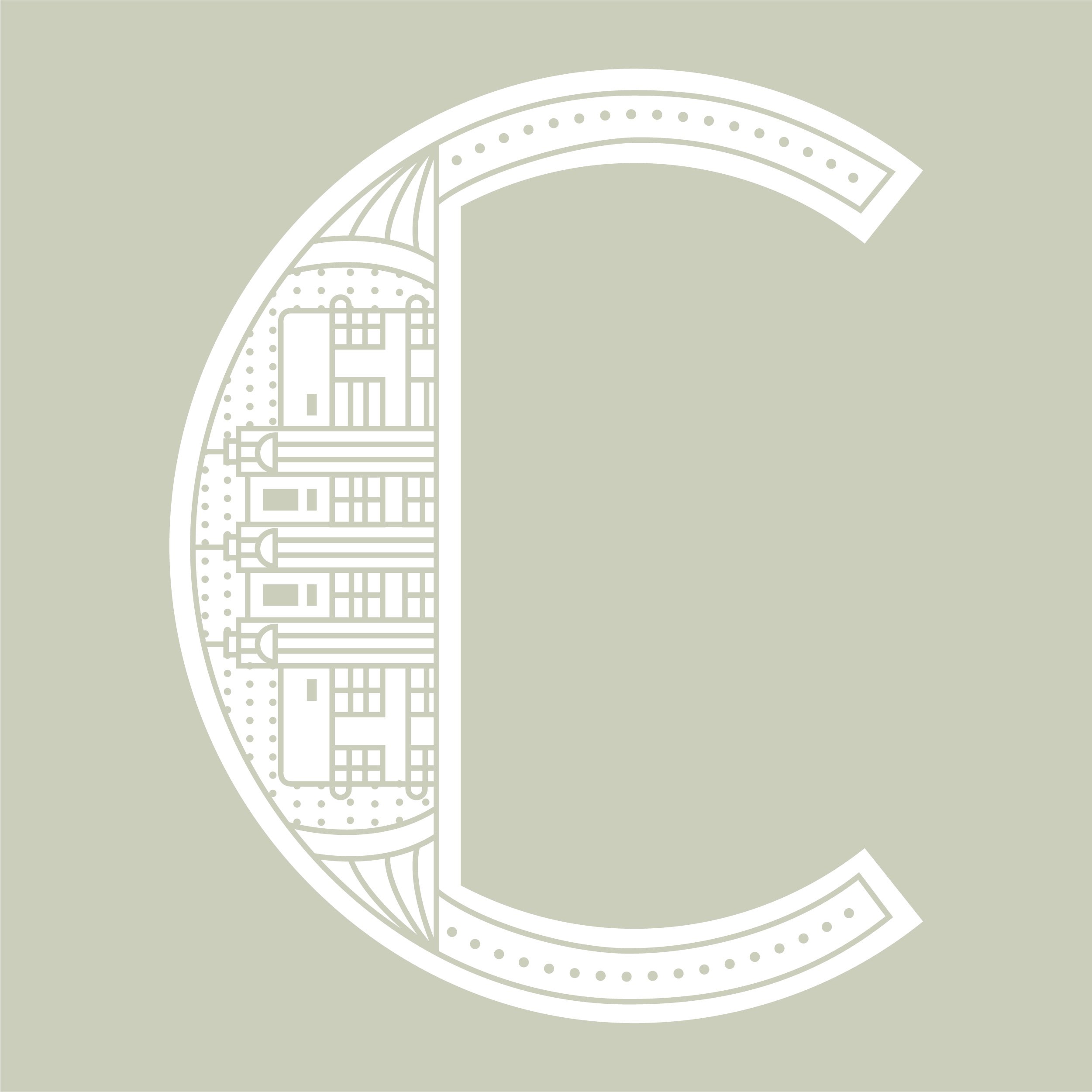 The Carlyle has been a star on Ocean Drive for nearly 75 years—The Birdcage (one of our favorite movies) was set here and the façade has been seen around the world in films like Scarface and Bad Boys 2. Built in 1941 by Kiehnel & Elliot, the sea foam palette is more muted than its other Ocean Drive neighbors (see below) but as we all know, sometimes you have to demure in order to dazzle. 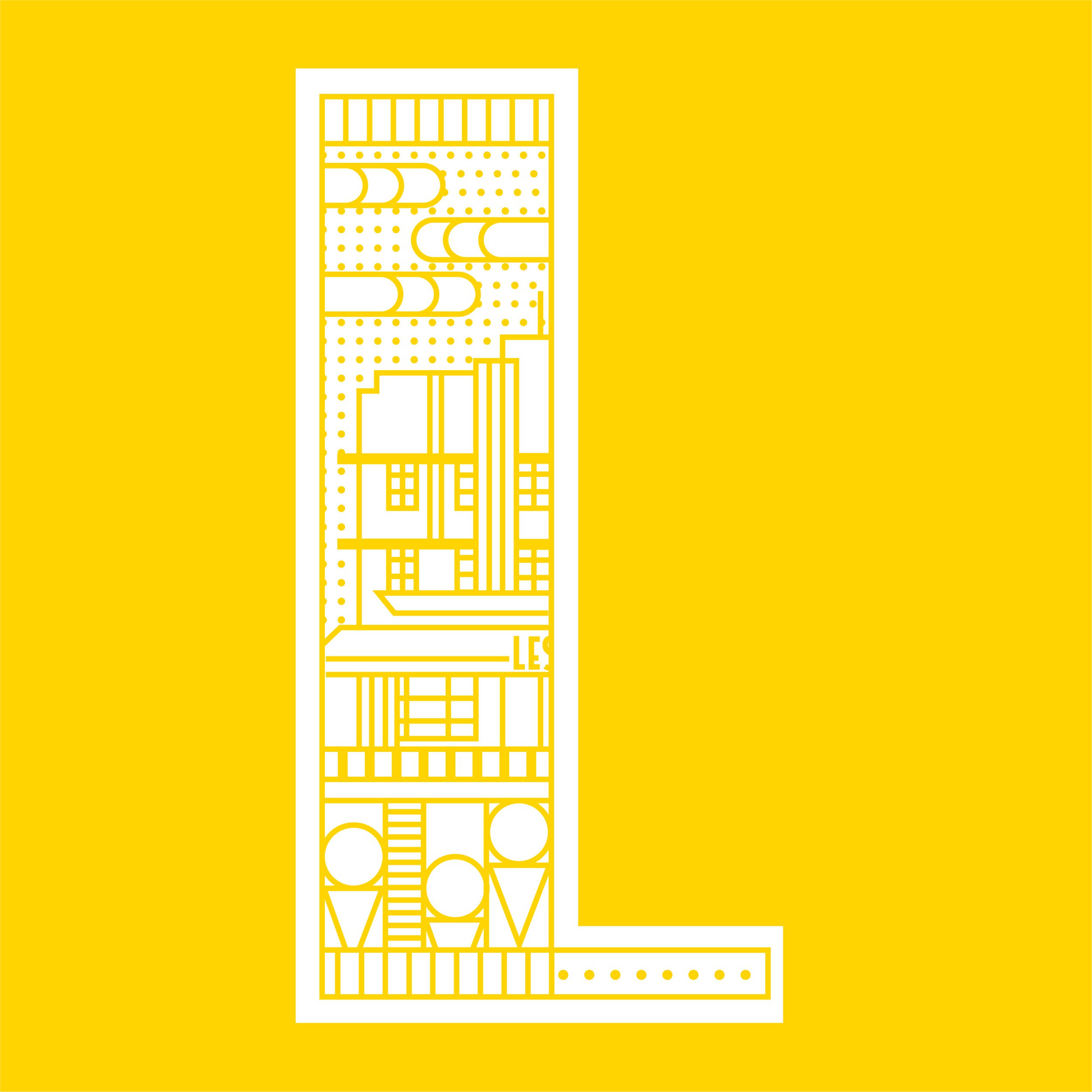 Built in 1937, the Leslie Hotel is an intimate 35-room boutique hotel situated on a prime stretch of Ocean Drive, just steps from the beach. The historically-significant Art Deco building was designed by the Art Deco architect of the time, Albert Anis, who designed 15 buildings in Miami Beach alone. The petit hotel is one of our favorites for its trademark sunshine yellow facade. 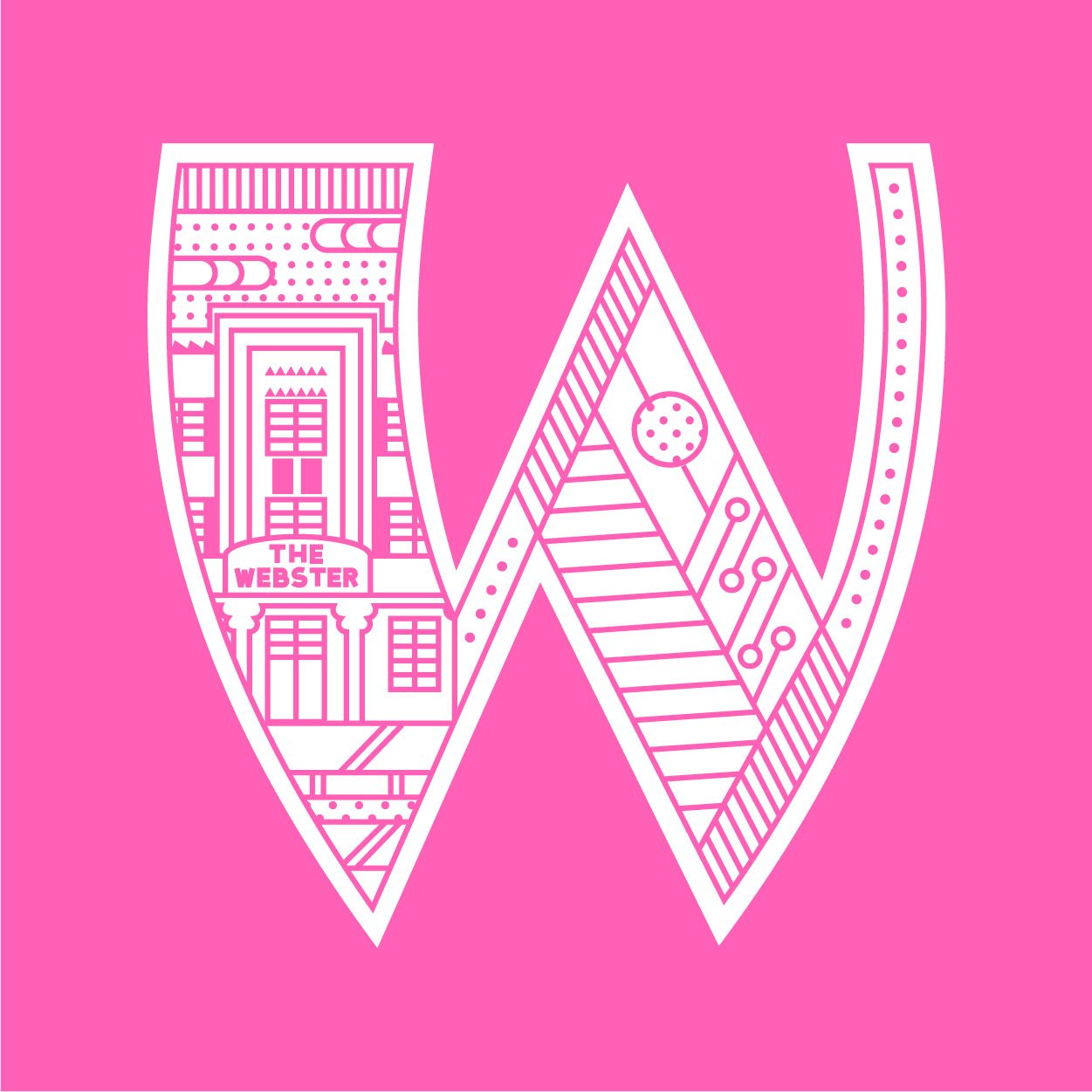 This fashion Mecca is a much welcomed 180 in style (and substance) to the normal Ocean Drive festivities. Think Celine, Margiela, even kids Gucci – that also happens to be nestled in a historic aqua-hued art deco building perched on Collins Avenue. Designed in 1939 by famed architect Henry Hohauser, the building exudes glamour with gold accents, customized furnishings, and a selection of one-of-a-kind Chanel that feels like your dream closet come to life. 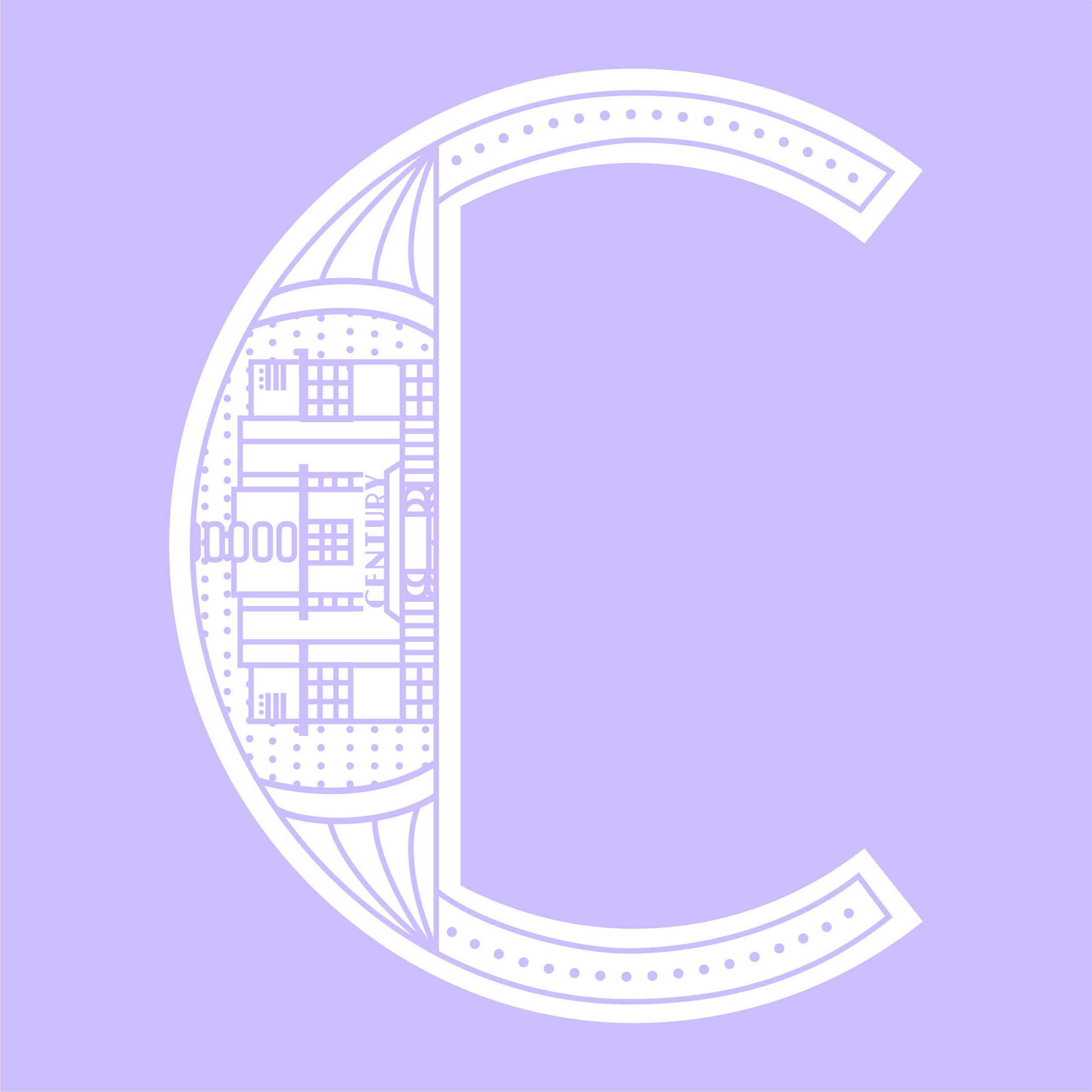 Another Ocean Drive stunner designed by Art Deco don Henry Hohauser, The Century is a perfect time capsule of Art Deco design from the late 1930s. Circular porthole designs, symmetrical shapes and a prominent front sign make it a classic. In its 90s South Beach heyday it was the playground for the who’s who in pop culture with its secret oceanside Beach Club. Today, this 26-room boutique hotel, with its perfectly preserved exterior, is a quiet respite from the bustle of South of Fifth. Hard to believe that in 1941 a double room was advertised at $42 a week! 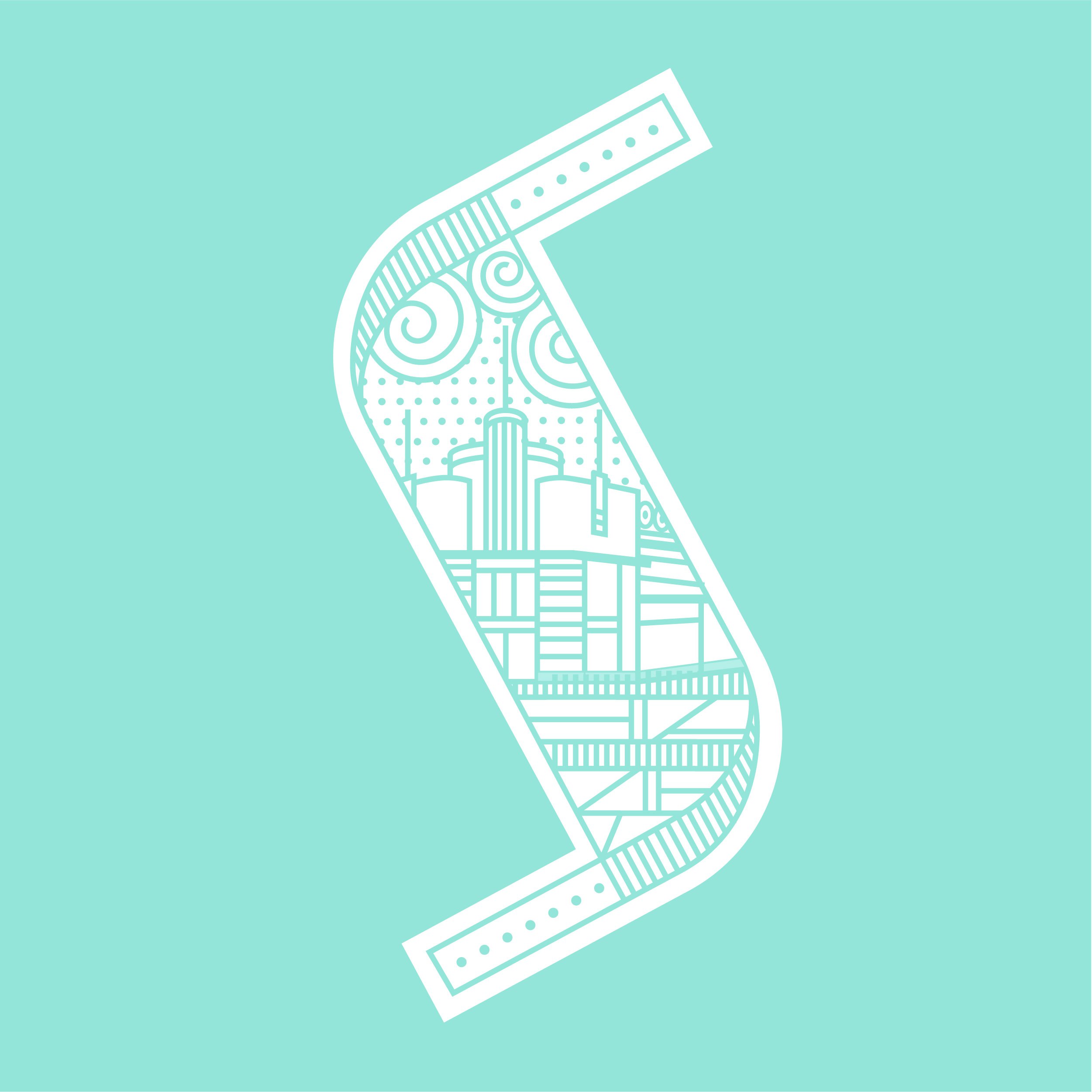 The classically art deco building on the corner of Collins and Española Way screams deco with its curving facade and porthole details. Like The Webster, it was built in 1939 and designed by Henry Hohauser. Originally, it housed Hoffman’s Cafeteria and a few other bars and restaurants, but it rose to attention for its time as the Warsaw Ballroom (hello, boys). Simply known as ‘Warsaw,’ the legendary, decadent gay nightclub was the epicenter of the late 80s/early 90s buff-boy universe with parties hosted by Louis Canales (the King of South Beach) and, at one point, even Gianni Versace (RIP). The building has since fallen into the hands of Señor Frog’s – gah! – but we’re still holding out hope that this queen will rise again. 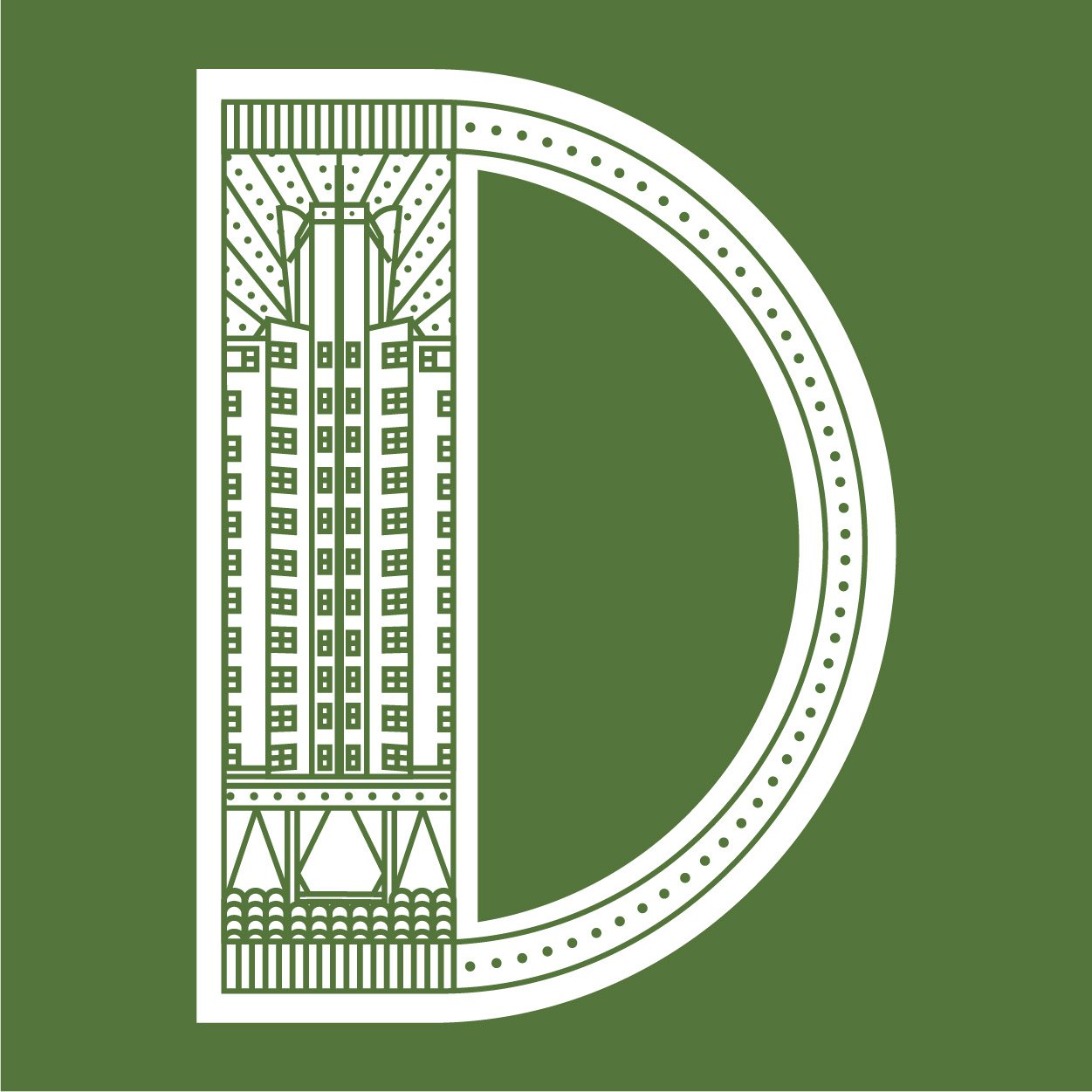 The Delano’s prime Collins Avenue and 16th Street location puts it front and center of all the SoBe action, so it’s no surprise that its known to throw a good party (including Madonna’s 37th birthday bash). Ian Schrager helped revitalize this place in the 90s, by bringing the goods like the David Barton Gym (in the basement) and the Blue Door Restaurant (in the back). But this gem is more interesting than its often-photographed, sparkling white surface. Designed by Robert Swartburg in the late 1940’s, it is named after US President Franklin Delano Roosevelt and was originally utilized for military housing. Though purists will say that the Delano is equal parts MiMo as it is Deco, we can’t help but feel its stunning slimline fins deserve some recognition. And did you know, for a time, it was the tallest building in Miami? Imagine. 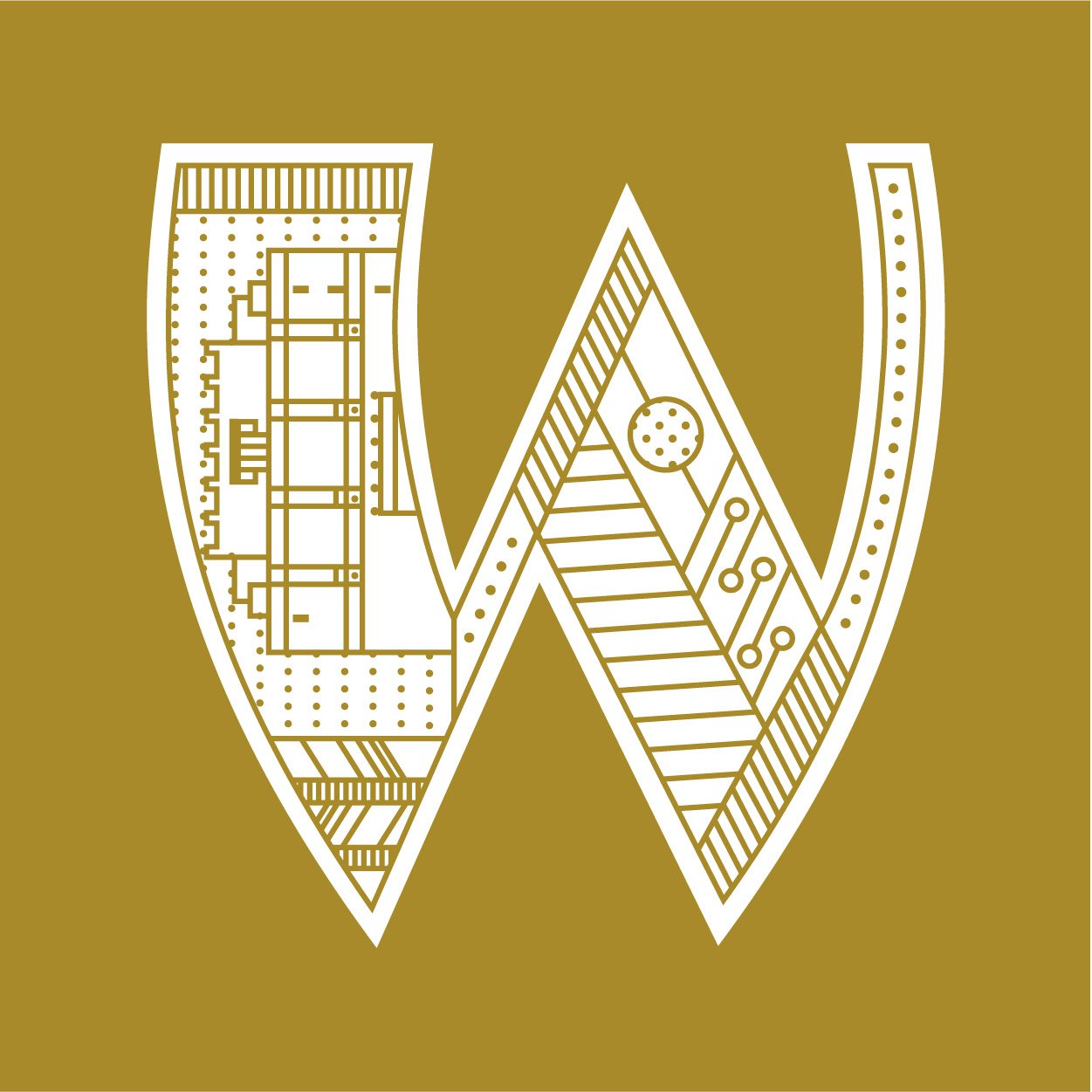 For all things Art Deco, we always head straight for The Wolfsonian-FIU. Perched in a gilded Art Deco building on Washington Avenue, it is the zenith of all things art deco and, (let’s be real) their museum shop is a showstopper for the design-minded. The gilded elevators, intricate lobby fountain, ornate moldings and those time-frozen, patinaed gargoyles — all lend to the decidedly over the top art deco ethos we admire.

Most importantly, the museum is hosting a series of lectures throughout the weekend that explores the Deco era. Our favorites include Art Deco Design in the Home, a three-part festival lecture series on the Past, Present, and Future of Preservation in Miami Beach, and the intriguing “Deco and Death,” which examines the juxtaposition how men and women were portrayed during an era where physical health was under enormous threat. The Wolfsonian asks, “How and why did the fantasies of the time become so misaligned with the realities of the world?” (a question we ask ourselves everyday).

How Art Deco Weekend Came to Be

Art Deco weekend was started nearly 41 years ago by the Miami Design and Preservation League, an organization that is the originator of Miami’s now iconic Art Deco district. Today, the event is known as the longest running free community cultural festival in Miami Beach and includes over 85 fun-filled events with something for everyone.

Following a voter fraud scandal involving the elected board of the Miami Design Preservation League (#thatssomiami), this years Art Deco Weekend had a little pre-launch controversy. Grab the popcorn. The scandal reflects something we’ve only come to expect from our presidential elections, involving allegations of "election irregularities,” piles of cash, and a tango with a fuzzy Facebook video. Luckily (for them), the drama that unfolded was resolved before it affected this weekend's festival but we will be waiting with raised eyebrows to see what happens next….

Most Art Deco Weekend activities happen along Ocean Drive but check the schedule to confirm.


Looking for a design agency to bring your ideas to life? We are an award-winning Miami-based creative studio that specializes in graphic design, branding, logos, digital & print marketing, websites and video production. Let’s work together. [Contact Us] 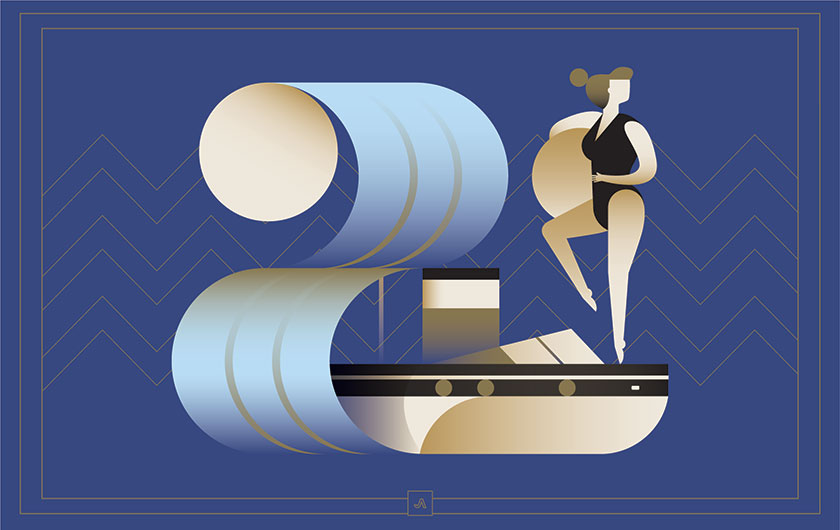 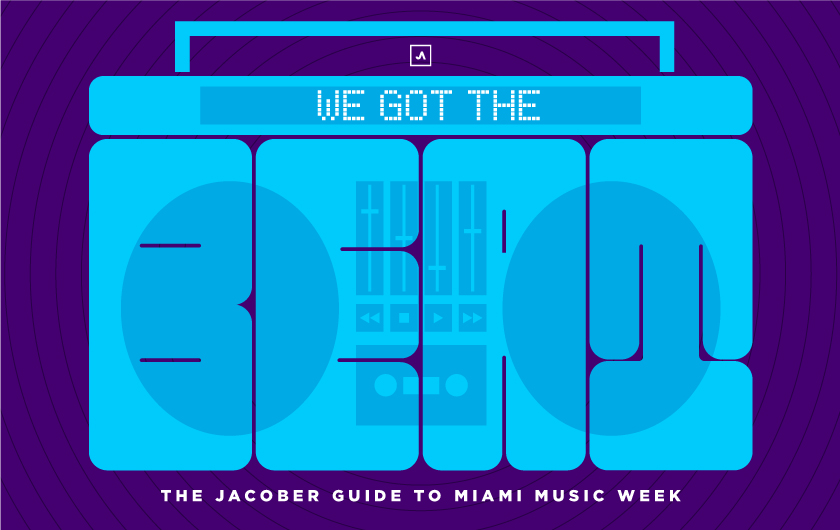 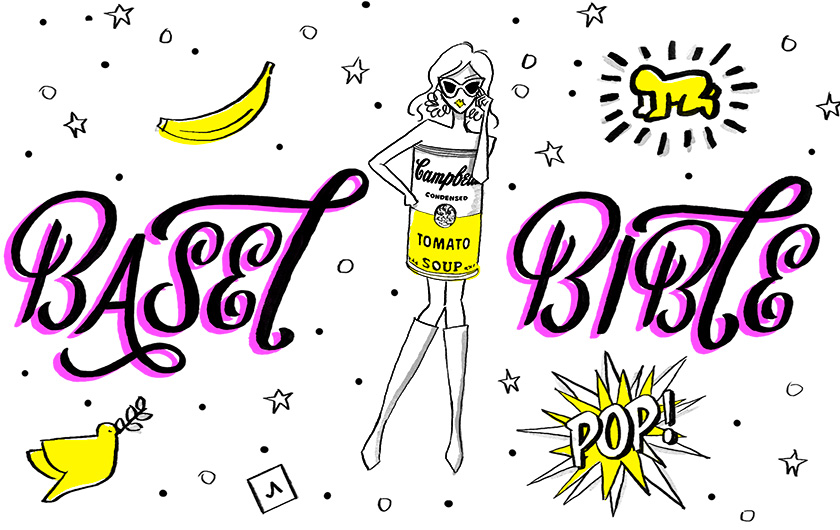 The Jacober Creative Guide to ... 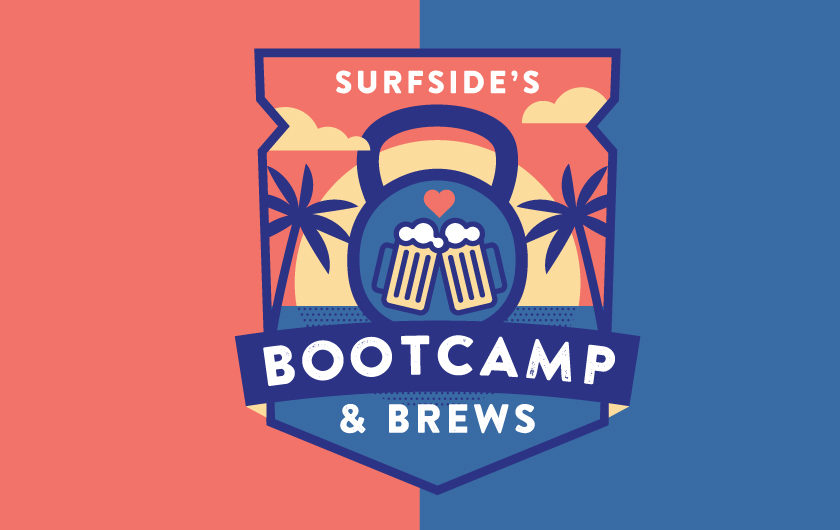 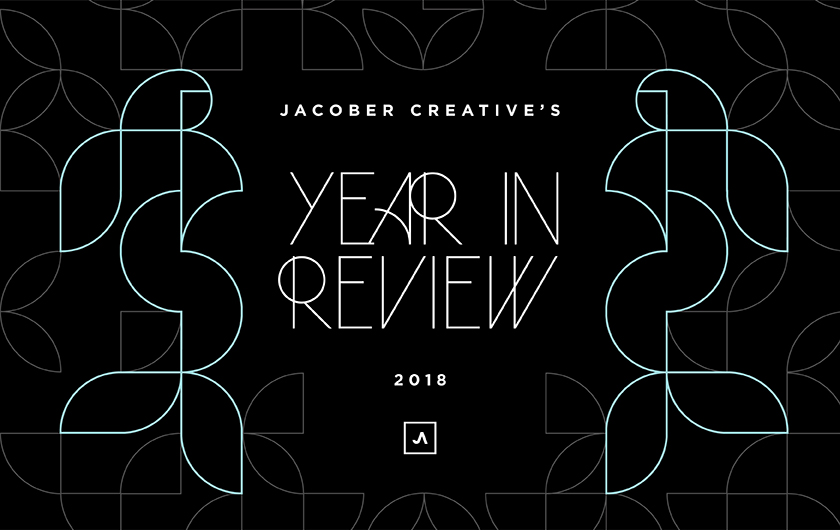 Highlights No Lowlights in 2018